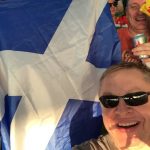 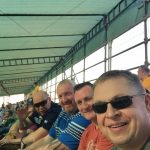 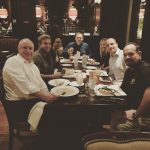 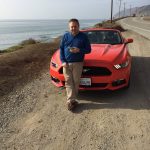 We’ve had a busy quarter building our hire stock, introducing RFID tagging to our ‘link’ load cell range and we can now reveal that we have a new member of our management team joining us shortly: Steve Woodhead will become our UK Sales Manager and is formerly UK Manager of Tractel.  I’ll be including a short interview with Steve in the next blog, but in the meantime, we look forward to welcoming him to the team!

A Straightpoint Mug is on its way to Inspectech Ltd!
We recently offered clients an exclusive Straightpoint thermal mug if they could send us some images of our loadcells in use in situ.  Thanks to Inspectech Ltd of Cyprus, who sent in some images of our loadcells carrying out water weight crane testing.  Inspectech undertakes thorough examination and proof load testing of all types of lifting equipment for local industries, offshore and a wide range of marine vessels. 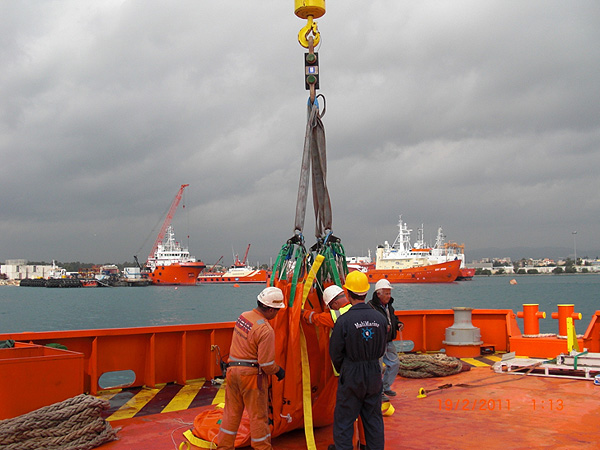 Straightpoint supplies loadcells to an oil refinery
Recently, Straightpoint supplied 20 Radio Link Plus loadcells to Survitec Service & Distribution Ltd (SSD), who then supplied them to an oil refinery for lifting a tank, where the client needed to know the weight at each point (20 points around the tank).  As Straightpoint keeps a large range of equipment in stock, we were able to supply these loadcells within 2 days of the order, supplying colour coded stripes on the equipment and all the certificates and codes within the specified time.  Key Account Manager at SSD, Jo Stamp said
“we’re extremely impressed by the efficiency of the team at Straightpoint – the equipment information requested was exactly what the client was looking for and the high quality equipment was supplied within the very short timeframe for this urgent job.  Well done Straightpoint!”

I shall be in China for some of September/ October with one of our new distributors, although will be picking up my emails as usual.  The rest of the team will be on hand to answer any queries, too.

Until next time,
Mr Loadlink