Don’t expose your audiences to claptrap, warns David Mullard, as the business development manager at SP returns from KL.

Do you know the weight? What if you are wrong?

Have I got your attention?

I hope so. If not, I probably still have a better chance of getting it than if I’d have shown you a PowerPoint slide with a photo of my company’s headquarters behind an animated marketing slogan. You know the presentations I mean; the ones that go on to list the products a business provides, how many employees report for duty every day, and why it cares about its customers more than its competitors.

Wayne Wille, my counterpart in the States, always tables those hard-hitting questions at the start of his training sessions and presentations:

Do you know the weight? What if you are wrong?

It gets the room’s attention. In some cases, one can even see the delegation quizzing themselves behind widened eyes: I think we know the weight. Did we check? Who double-checked? How did we measure it? Was it recorded? What if we did get it incorrect? Is the crane we’re using of high enough capacity? What if something goes wrong? Have we done everything possible to make the application safe? 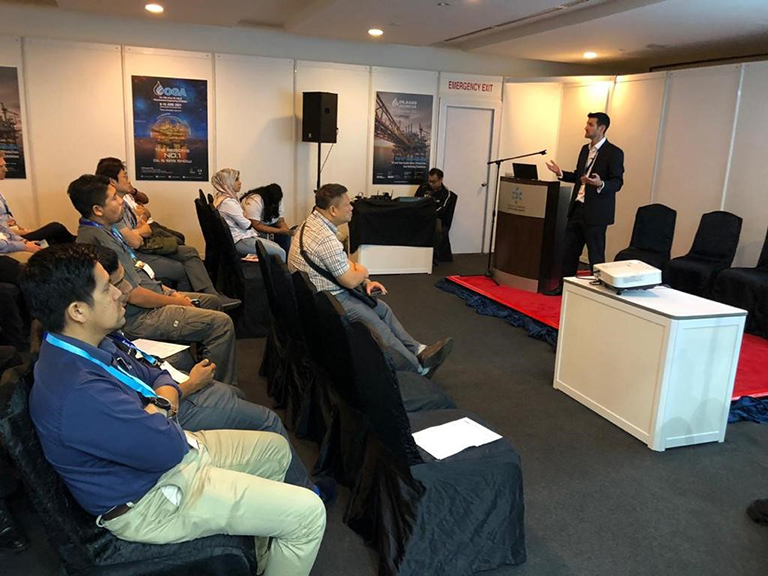 A PowerPoint presentation that resembles a catalogue is likely to come across as claptrap.

Wayne clicks through the next couple of slides. He has worked closely with a U.S.-based distributor to gather examples of damaged lifting and rigging accessories that have been inspected and removed from service. Some of the photos are jaw dropping: hooks that have opened under load; shackles that have bent; master links that have broken; lifting eyes that have sheared; etc. It often causes the audience to shift a little in their seats, as though the backs of their chairs all of a sudden become uncomfortable.

They wonder: What if this happens to us? Do we always know the weight? Are we sure?

The presentation becomes something of a Wall of Shame, where lifting and rigging flaws are exposed. It’s not an exercise in naming and shaming but more a case of revealing how common overload situations are and how easily they can be prevented by using a load cell. Further, it outlines the dire consequences if that advice isn’t followed. There’s a neat slide named “what happens if you don’t” that sums it up nicely.

That collection of worn and damaged rigging gear serves as a learning tool—they can see what went wrong elsewhere and use that to improve their own safe lifting operations and ensure they don’t feature in a future presentation! The main takeaway is an emphasis on the importance of proper inspection of lifting and rigging gear and on preventing overloads.

Wayne has perfected a powerful method of engaging people in his content and helping them to understand the importance of knowing the load. It’s true that ‘know the load’ is our recently-adopted company mantra—and we acknowledge that we’re in a commercial business—but giving that tagline substance and cause it what folks buy into, as Wayne realises.

Rising in the east 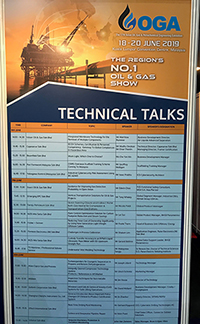 I was mindful of my colleague’s skill as a presenter when I prepared for a recent trip to Malaysia for the Asian Oil, Gas & Petrochemical Engineering Exhibition (OGA), which took place 18-20 June at the Kuala Lumpur (KL) Convention Centre. My itinerary was multifaceted in that I was to spend time on the exhibit of our new Malaysian distributor, Goforth Corporation, and deliver a number of presentations to its representatives and other delegations. An area where Wayne also excels is in tailoring his content for the audience of the day and I too was sure to pitch my messages and hone technical detail to the expertise of the listener.

It’s a widely overlooked presentation strategy, yet it’s a no-brainer. Think about it: a teacher giving a revision session to a Year 11 class about to take a GCSE exam (tests that are usually taken here in the UK by students aged 15-16, after two years of study) is going to package information differently to a peer giving an introductory lesson to a bunch of Year 7s who have just started secondary or high school. It’s the same in industry: some people need to know what a load cell is and how it works, while others already have a background knowledge akin to that of the presenter. It’s easy to lose the attention of a roomful of engineers if they feel patronised.

It takes time before a presenter is equipped to deal with all eventualities, even on their chosen specialist subject, and researching demographics in advance is advisable. I’ve spent a number of years expanding my material that I can now tweak and manipulate depending on the usual variables: number of people in the room, amount of time available, levels of expertise, grasp of English, experience with SP equipment, and so on. I always have a plan but build enough flexibility into it to react to the audience and endeavour to involve them as much as possible.

The biggest piece of advice I can give anyone who is preparing to speak to a group of people, or those embarking on a career path that might require frequent public speaking, is to work on knowledge, passion, enthusiasm, and authenticity before perfecting PowerPoint visuals or aesthetics. Of course, it helps if one is lucky or astute enough to earn a living in a field that interests or excites them, but it’s possible to be passionate about something that isn’t necessarily a life-long hobby. Absolutely, fine-tune the seminar and practice so content can be delivered to a time schedule in a digestible format, but an audience remembers most that which is put to them with fervour. I hope Goforth’s community felt I came somewhere close to achieving that. 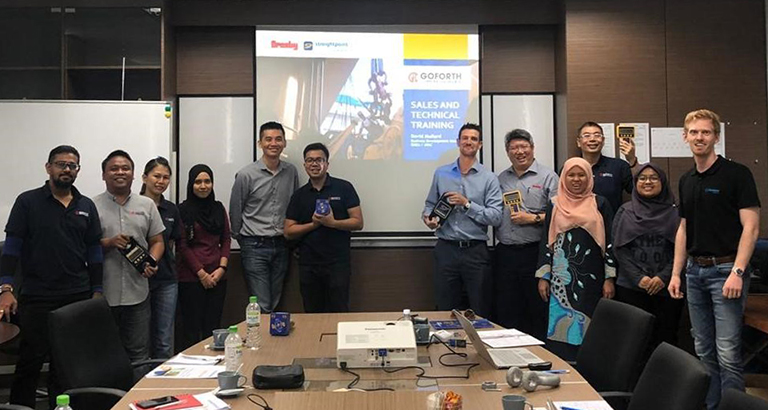 Team Goforth seemed to enjoy my presentation at its Selangor headquarters

Education and training is generally underrated in business. I know I reached for a school-day analogy above, but too often people think they’re free of learning once they enter the workplace. To SP, ongoing training is the cement that holds us together with Goforth and other global partners. We’re constantly sharing information about products, applications, end user markets, evolving best practices, and so on. We don’t want anyone going into the field with a flight-case full of our equipment with only a generic understanding of what each item does. It’s important that when users have questions, our distributors can answer them, at least in most cases. Wayne’s Wall of Shame proves that some marketplaces still have much to learn.

Generally, we should more readily learn from others. Wayne is just one person within and beyond SP that I admire and respect. As is evident in his presentation style, Wayne has an engaging persona and has cultivated some fabulous client relationships. Regular blogger Mr. Loadlink (aka David Ayling) is another. As I take on greater responsibility throughout my career I certainly ask myself with increasing regularity: ‘What would Dave do here?’ I admire Mr. Loadlink’s drive, energy, passion and business courage, for example. His ability to take a chance on something and then make sure it works out is inspiring. His mentorship has been priceless for me and most memorably of all it has always been fun. 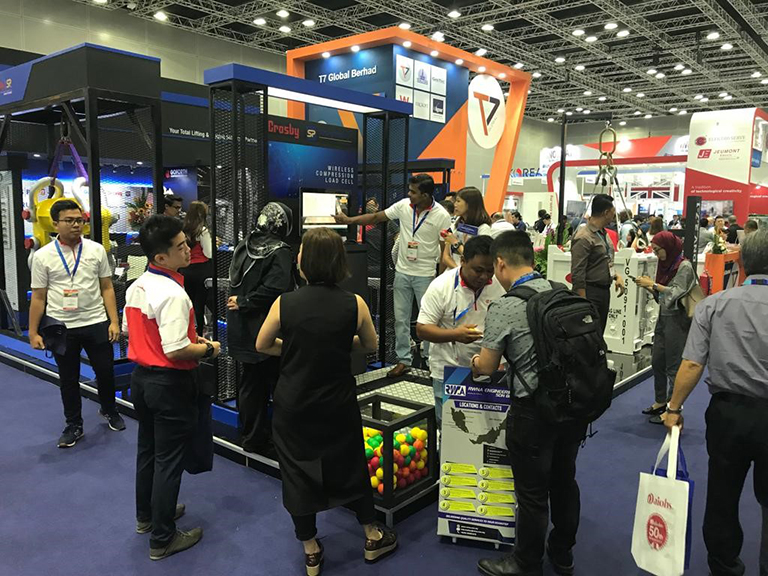 Mr. Loadlink can even go in the opposite direction and make you feel like you’re along for the ride. On a handful of occasions he’s sought my counsel and I’ve tried to coax him down an alternative path, but he’s chosen to stick to his original idea. However, he always did so in a way that still made me feel part of the decision, not at odds with his way of thinking. I admire that, even if it does turn out to be some kind of Jedi mind trick, passed down from Obi Wan Loadlink, a distant cousin!

All that said, always be you. Regardless of what I’ve learnt from Wayne, Dave and others, I’ve only ever tried to be David Mullard. To emulate anyone too closely detracts from the personality that people want to engage with. I’ve had many forgettable encounters with individuals who were pretentious and whose personal brands were a facade. Whether you’re on a stage, on a trade show booth, conducting a site visit, or somewhere different altogether, authenticity is vitally important. A hallmark of all the successful people I know is a belief in the courage of one’s convictions, as Mr. Loadlink proves.

Who’s in your Hall of Fame? 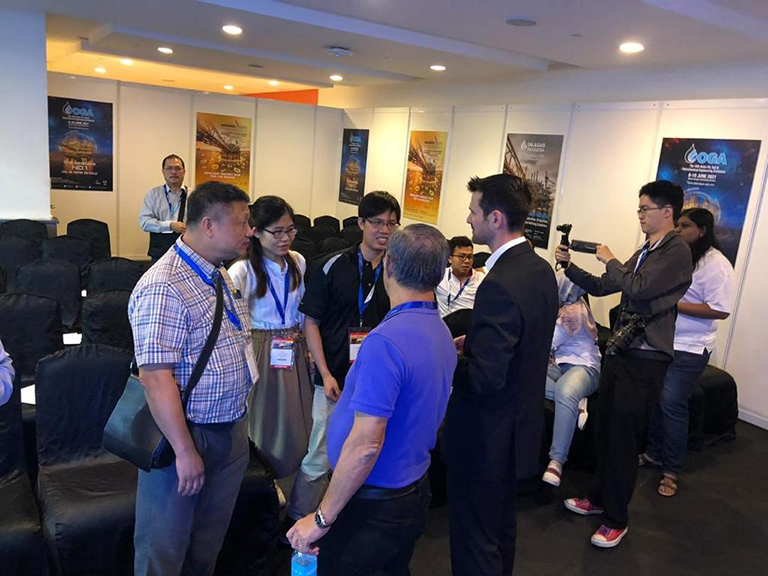 It’s always a good sign when people have questions after a presentation. 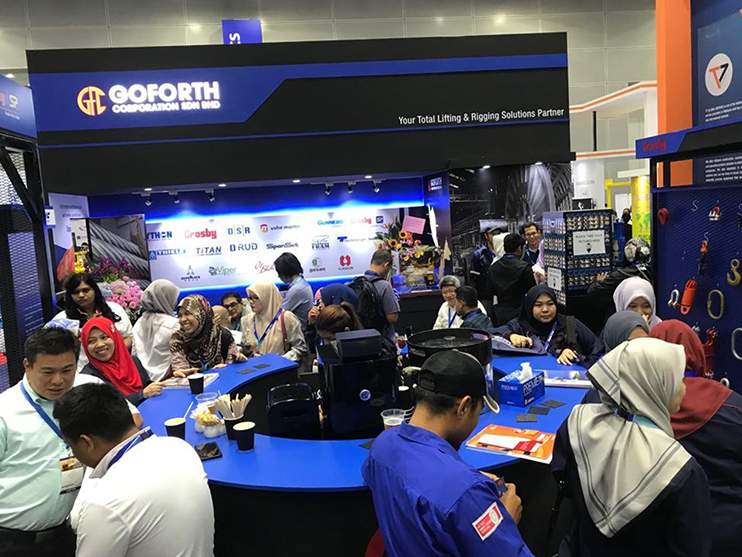 It was a pleasure to spend time with Goforth and its community at last month’s (June) OGA.