Even philanthropy must be challenged, says Mr. Loadlink.

I’ve never been afraid to address matters that polarise opinion. And this is certainly one of those ‘brace yourself for prickly feedback’ kinda blogs.

I’m just going to table my overarching point: charity doesn’t always bring out the best in us, and certainly not businesses.

I’m not suggesting that philanthropy is bad per se—actually, it’s inherently good—but the corporate world is increasingly losing sight of the meaning of donating to good causes and / or the needy. What I really want to shake a finger at is charity as a public relations gimmick. Some would argue that any monies or gifts are worthy but I think it’s counter productive when the motivation behind giving a donation is the publicity it brings.

We’ve all been on the receiving end of announcements from companies whose ’news’ constantly features stories about them giving a dollar here and a lift truck there to one cause or another. Call me cynical but it’s not really done to promote the charity nor does it help raise the profile of the recipients’ plight, because the content doesn’t mention how others can support too, or even suggest that they should. The mindset, I fear, is: ‘look at us, aren’t we generous’.

All astute companies understand the science of branding. In other words, they accept the importance of the things people think about when they see a logo or product, or put a meeting with a certain representative in the diary. As children, the sight of the McDonald’s golden arches might have meant weekends, treats, a reward for good behaviour or a road trip, for example. America’s regional chain, In-N-Out Burger, may conjure up images of scoffing in the Californian sunshine or Hollywood glamour, meanwhile. Away from burgers, I’d like to think Straightpoint (SP) makes people think about making lifting safer and knowing the load. If we ooze honesty, integrity and safety from every pore is perhaps for other people to judge. Anyway, you get the point.

I think that’s what some companies have in mind when they donate to charities. They want their marketplaces to see them as saintly—above the throes of profit and loss. When they setup at a trade show or call on a customer, they want people to think, ‘these are the guys who donate big heartedly to all those good causes; we should work with them’. This is fallacy. The most authentic charity work goes unpublicised, unless it is to promote the cause. The starving need a solution—food, usually—not a photo call with a forklift company that’s shipped an end-of-line truck to help with material handling. Of course, the lifting power might be useful but the trade media doesn’t need a photo of the managing director grinning like a Cheshire cat alongside it. It’s crass. 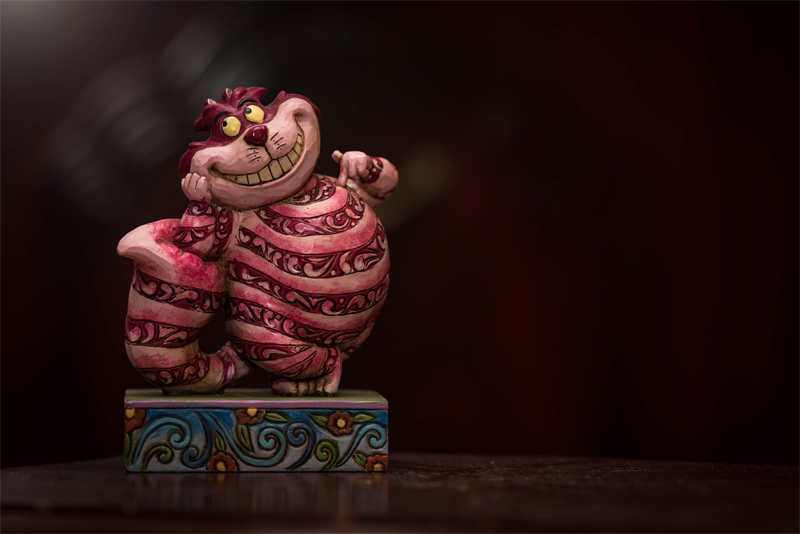 Trust me, I donate to charity.

I’ve been in hundreds of reception areas in businesses where a charity sweet (candy) box or donation tin is strategically placed to face the door. I’m not convinced it’s always done with the desperate in mind. I know the counter argument is that nobody can donate if the box isn’t there, but I disagree. I’ve seen these confectionery offerings—people put in a dime and take a sugary treat—gathering layer after layer of dust over time. They are no more than a window sticker: ‘We’re kind; we give to the… whoever it says on the side of that tin.’

The first thing a business should do if it wants to support a good cause is choose one wisely. It might be that they’ve been approached by a charity or a local group in need of support. A member of staff may be impacted by the work of another or the company owner has a historic connection with an organisation that supported him or her in younger life. It doesn’t really matter but it’s got to galvanise the team and get people working towards the goal. And it’s always got to be about more than a company-wide email referring to a shiny new box that’s in the tearoom.

Tying in with a product range helps. For example, we recently partnered with a non-profit organisation that works with rural communities in Kenya. Bridging the Gap Africa was using Kenyan skilled labour in a small town called Kitale to pre-fabricate components for bridges such as towers, suspenders, and anchor connections. It then transports everything to site and hires the local community for installation and assembly. The charity is using a 25t capacity compression load cell to construct these footbridges and river crossings, confirming the capacities of helical piles—a key component of bridge foundations.

There are two main takeaways to learn from this relationship. The first is that it is incredibly powerful to align a company’s product or service with the cause. Second, people must be able to see the results. When we offered publicity, we explained what their long-term goals are and showed tangible progress that we’ve had a small part in supporting. It’s not about the company or the brand, but how we actually helped. By enhancing safety and efficiency during the product development phase for the helical piles, together with Matthew Bowser, country manager Kenya at Bridging the Gap Africa, we have actually reduced the risk of them being compromised due to undermining of the abutments during high river flow events. 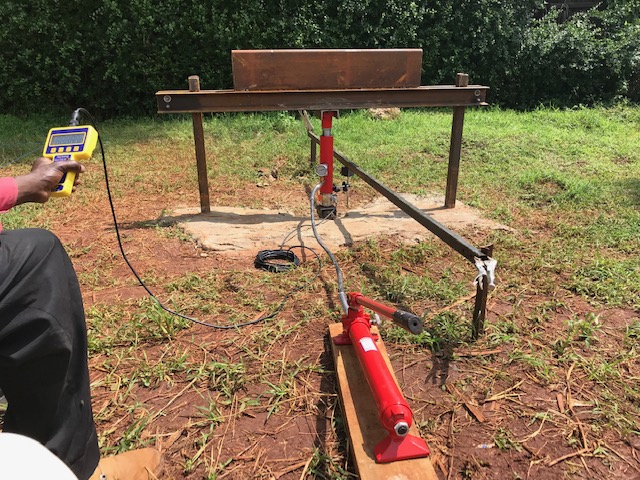 Another good example of a successful charitable endeavour was conducted by SP’s owner, Crosby, which donated to the Children of Fallen Patriots Foundation via Q2 2019 sales of its popular wire rope clips. The charity serves to provide college scholarships and educational counselling to military children who have lost a parent in the line of duty. After government programmes there remains a shortfall in college funding for a child of a veteran that was killed or wounded in service. The initiative received overwhelming support because many veterans work at Crosby and there was a direct relationship with the product range that they handle every day. Consider the difference between this campaign and a donation box marked, ‘Fallen Patriots’.

Both the Bridging the Gap and Fallen Patriots programmes had clearly defined goals and targets, which is important too. A lot of charity work feels like throwing money into a bottomless pit and that’s not the impression you want to give a workforce, especially when so much positivity is being created around emotional intelligence elsewhere in the culture. If a team is motivated by spirit, goals, targets, plans and purpose in their professional roles, it’s prudent to surround charitable efforts with the same structure and framework. This is what we’re trying to do and here’s how we’re going to achieve it, in other words. Here’s your bridge. There’s your monetary contribution.

My final point on charity work: one of the most overlooked facets of successful campaigns is connection with the charitable organisation. It sounds crazy, but few think to ask the good cause how a business or company like theirs can actually help most. Go back to the lift truck referenced earlier: if the charity needed it, great, but what if they had a fully functional fleet already meeting material handling demands? Were they consulted on type, capacity, and attachments? What about operator training? Perhaps a charity has the resources in place to proceed with a project but needs certain equipment and expertise to execute it. Again, none of this can be achieved with the empty gestures that appear to be ubiquitous in this sector.

LiftEx back in Liverpool

It’s true that the LiftEx show, organised annually by the Lifting Equipment Engineers Association (LEEA), has a loyal following. More than that, it has a community. That’ll be proven again next year at the Exhibition Centre Liverpool when the 2020 event takes place on 13-14 October. Many are excited to see how it performs earlier in the year away from its November berth and after back-to-back sessions in Milton Keynes.

True, the aisles don’t burst, but that proves my point. Those that do exhibit or visit typically come back for more. Of course the jury is still out after this month’s event but they’ll find in favour of the show’s long-term importance to the industry because they always do. I’ll say it until I’m blue (red) in the face, LiftEx works because of the quality of visitor it delivers (I even sold a load cell on the stand). And it functions as a trade-based networking occasion too. The awards dinner is a brilliant night and we were honoured to sponsor the Sustainable Solution of the Year category; well done to winners, the LEEA Trailblazer group. 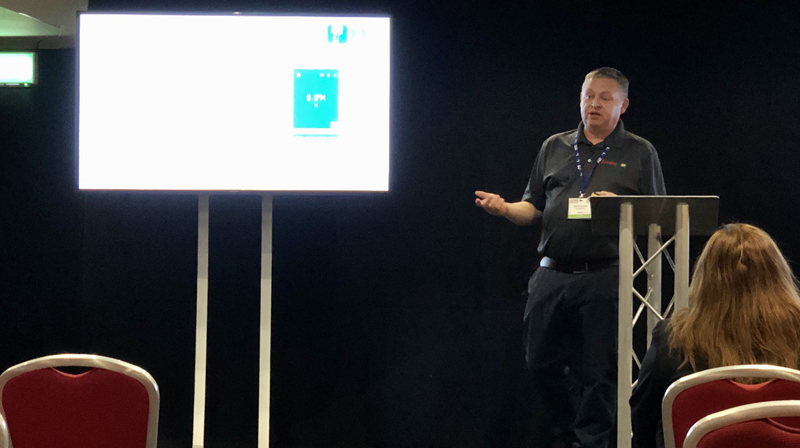