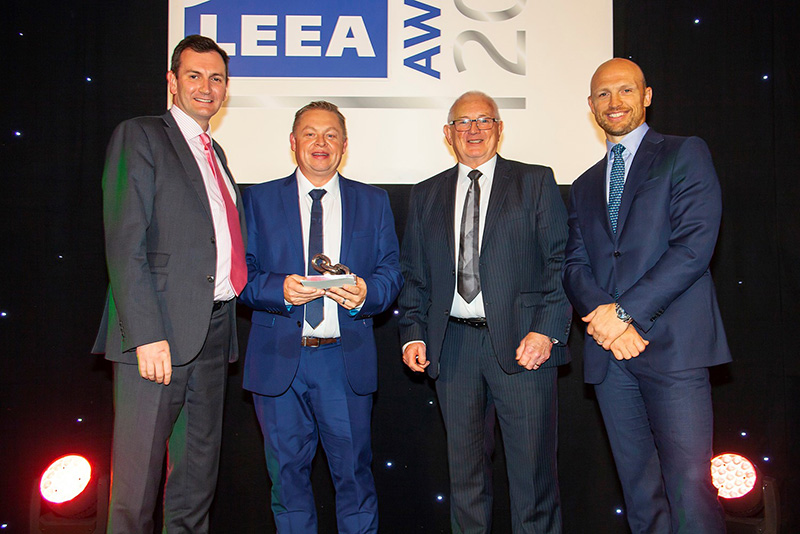 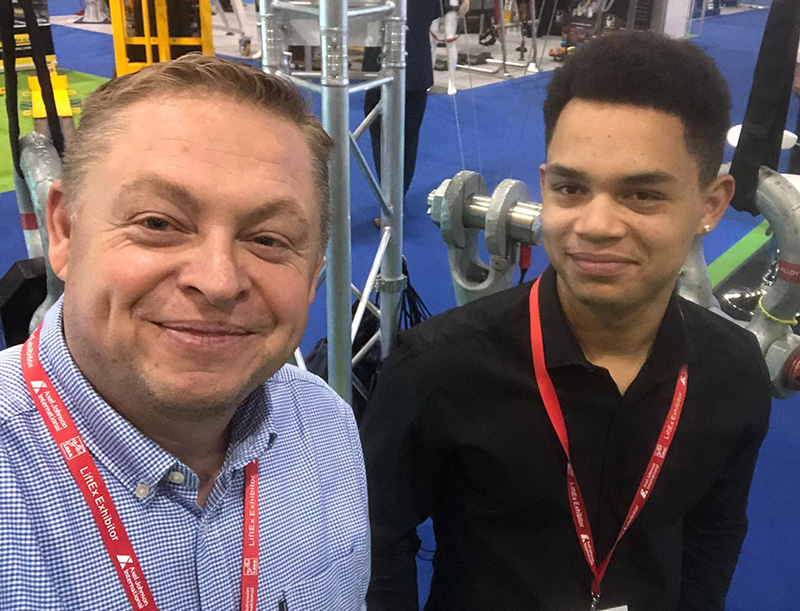 In the first of a two-part finale to 2018, Mr. Loadlink explains why we could be at the dawn of an exciting new era.

LiftEx leads a nomadic existence—but could that be about to change? Here’s why I’m voting Remain (again).

The annual trade show, hosted by the Lifting Equipment Engineers Association (LEEA), wanders around the UK from year to year, bouncing from hotel to exhibition hall to sports stadium and back again. A caravan of vendors travels with it from town to town, setting up stalls, participating in various co-located activities. As such, LiftEx has always felt like a bit of a pilgrimage. And it’s true people follow it like a religion. That was until this year when, over two days in mid-November, the Marshall Arena in Milton Keynes (MK) started to feel like home—like the Holy Land.

There, in the shadows of MK Dons’ football stadium, where frivolities and formalities alike took place in the onsite DoubleTree by Hilton Hotel, the show exhaled, as though it meant to stay. True enough, word quickly spread around the aisles that LEEA plans to return next year and then, who knows, perhaps the show could create a footprint there to the same extent as other residencies around the world?

The Dons, formerly Wimbledon, found a home there following their altogether more controversial relocation from south London, after all. 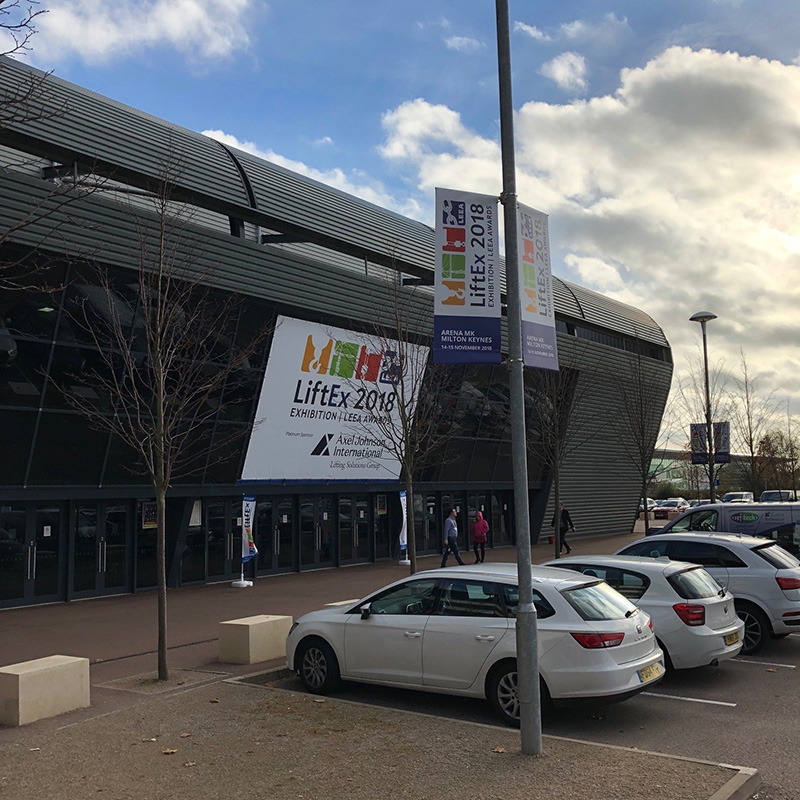 Has LiftEx finally found a residence?

LiftEx, perhaps like the promotion chasing League Two side, is a unique concept. It’s a very trade centric show and has never really attracted great numbers from the user community. Neither do the aisles ever burst at the seams; roughly the same footfall was recorded in MK, as Telford, Aberdeen, Liverpool, Bolton, and so on. For manufacturers, however, great networking is on offer and even the distributors seem to come back each time. Let’s face it; it’s the only time of year that the lifting gear sector comes together, and for that reason it’s precious. I also had conversations with attendees from the U.S., Canada, and further afield, proving that quality of visitor was there too. LiftEx hasn’t lasted this long through sentiment alone.

The Marshall (formerly MK) Arena is fit for purpose. That’s not to say the Telford International Centre, Aberdeen Exhibition and Conference Centre, Exhibition Centre Liverpool, etc. weren’t, but the show didn’t have to puff out its chest to fill the floor, neither did it have to suck in its stomach. Size doesn’t matter in the trade show business; I’ve exhibited at some terrible, large expos and some brilliant, small ones. The neighbouring hotel in the stands of the football stadium also worked well. Again, not too grand but not too dingy. Centre of gravity. Equilibrium. Ideal. Perfect, even. I heard it all said about LiftEx 2018 and I concur. And we haven’t even talked about the centrepiece yet—the inaugural LEEA Awards, held after the opening day.

It was the first trade show that I’d attended with my 18-year-old son, Isaac Ayling (aka Mr. Loadlink Jr.), who was also a finalist in the LEEA Awards’ Apprentice of the Year category. An expo debut at LiftEx, say, a decade ago would have been a different experience. Many avoid the subject but it’s true to say that it used to be an ageing, male-dominated community, on exhibition stands and in the aisles. Finally, that’s changing and it was encouraging to see a higher representation of women and young professionals this year. I hope that goes some way to persuading Isaac and his peers to stay in the lifting industry. We need them. 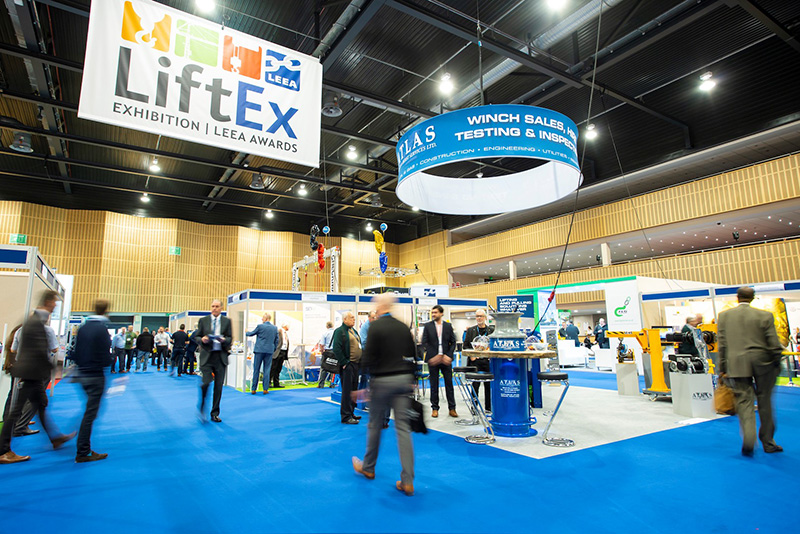 The Marshall Arena show floor was tailor-made for LiftEx.

Isaac didn’t win the award outright; Straightpoint (SP) was more fortunate in the safety category, while shortlists in Innovative Product of the Year, Sustainable Solution of the Year, and Unsung Hero (Roshan Divakaran, design engineer) were high praise enough. More significantly, LEEA used its flagship event to make a definitive move to recognise member companies and individual representatives for their success against specific judging criteria. Customer Service, Manager of the Year, and the Kevin Holmes Award (a memorial accolade developed to reward companies, teams, and individuals who display excellence in people development) completed the list of honours. Many feel that the principle of the awards concept will define the association’s work moving forward. Watch this space.

It was fun to celebrate SP’s LEEA Safety Award win with my son, Isaac, at LiftEx.

As I told trade media upon collection of the Rigging Services-sponsored Safety Award, the idea generally was well received and from a member’s perspective the evening was a big success, befitting of an excellent LiftEx in totality. To emerge victorious in the safety category was overwhelming given LEEA’s stature in the industry and the extent to which safety is in our company’s DNA. We underscore our work with the mantra ‘making the lifting industry a safer place’ and what stronger endorsement could there be that we’re meeting that objective?

It feels too early to start summing up the year. In fact, while I’m happy to participate in any occasion of merriment, I’m always amazed at the wholesale support those with commercial interest in the season get in starting the Christmas season in mid-November. I’m no Ebenezer Scrooge but I wonder what negative impact it has on other industries when people are wearing festive hats and playing carols six weeks before the big day. Perhaps employers feel the opposite is the case but I’d be wary of any business environment that can be uplifted to better productivity at the sight of a snow globe.

I might afford myself some more festive spirit in the next installment.

Thank you for reading Part One.