Mr. Loadlink announced his return from a three-month sabbatical with typical effervescence, but he explains why a dimming light is a warning sign we should all heed.

Search for the ‘Explosion’ emoji. It might be called ‘Collision’ on some devices but, however apt that could turn out to be, the name isn’t important. That’s the emoji I used either side of the heading ‘BOOM — I’m back!’ on a LinkedIn post announcing my return from an extended summer break. It was an emphatic and positive way to put my Crosby-Straightpoint (SP) hat back on and report for duty. Bang, here I am, team, “refreshed, recharged and brimming with ideas,” as I wrote.

This was all true but I missed out an important detail, which is what led to me taking a proper time-out for the first time in my career. Here’s what people think happened:

I reported to Robert Desel, now CEO at Crosby.

Robert gave me his full support in taking a deserved break.

But that’s a skeletal version, which refers only to points in time. The full story is one of learning the importance of listening to mind, body and soul. Look at that Explosion emoji again—that was my mind. In fact, I’d gone from (and you can search your emojis for these as well), Beaming Face With Smiling Eyes to Woozy Face to Exploding Head. I was emotionally and physically worn out, my health was suffering, and I needed to take a break. 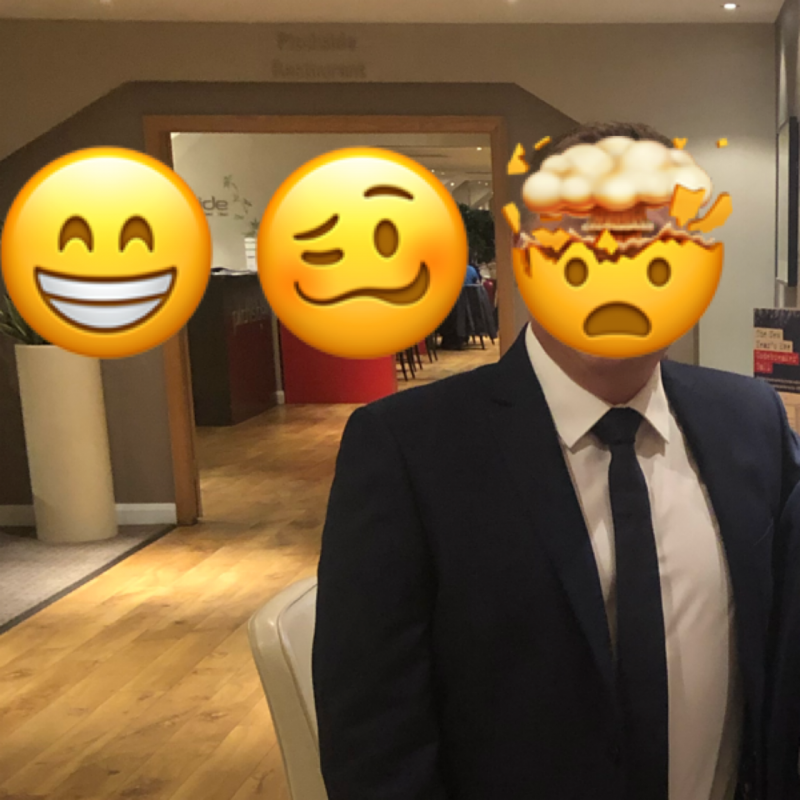 I feared what might come next if I didn’t stop and take some time to relax.

The point of writing this article is to share some of what I was experiencing at the time and encourage others in a similar state of mind to consider the benefits of stepping back. Don’t be mistaken and feel that this is reserved only for people who’ve sold, or are planning to sell, a business. I really don’t think it matters what the driving factors are. It can be a high-level job, loss, greater responsibility, a health scare, an overwhelming fitness regime… it’s about an individual’s reaction to change and / or pressure that puts him or her at the brink of burnout.

I want to get two things straight at this point:

What I can talk about is a two-pronged sense of anguish—tiredness that could no longer be cured by a night’s sleep, and an emptiness that couldn’t be filled by a friend or good action movie.

Running a business isn’t a job, it’s a way of life. As I described it before, imagine your favourite car, best holiday, dream house, first romance, neighbourhood, friends, career… all in a box. That’s what SP was (and still is) to me. My new role was exciting, challenging and consuming—everything I wanted it to be—but I just couldn’t apply myself to it with the vigour required. I was running on empty. Further, I think I was missing the gut-instinct decisions, the pace, and the strategic stuff that ownership represented. I’ve never been a lover of small print but I had to zoom in on it closer than ever before. Even then it was blurry and the letters jumbled.

During my break, I actually caught up with Gary Mullins, master coach at Action Coach, which helps entrepreneurs and owners overcome the challenges in maintaining a company. He was a major factor in taking SP to the point of sale, but I challenged him in return to fill the dearth in coaching content that surrounds post-sale blues, burnout, and overdrive. He agreed that more could be done in this area so it’s a case of watching this space. After all, it’s not easy to diagnose a state of mind or prescribe a remedy. Is it just a bad day, stressful time of year, inevitable hot-headedness, or something bigger? 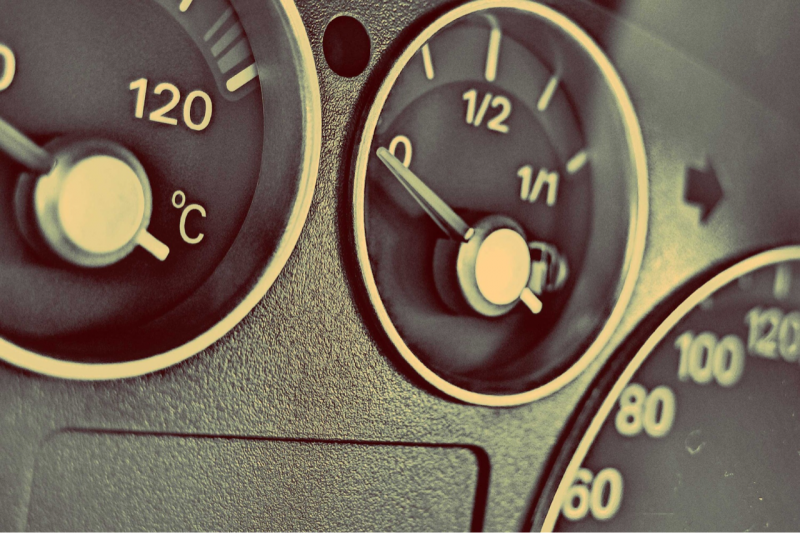 I was running on empty.

I realise now that I had become like a lot of people I’ve met and known well over the years that have pushed and continue to push too hard. I hope they’re reading this. It’s like a type of mania that can be seen in a person’s demeanour or actions. There’s a feverish energy that has stopped powering anything meaningful. It’s a hamster-wheel scenario where all the running in the world can no longer result in progress. Of course, alerting someone to this is difficult and, reality is, such workaholism is worn as a badge of honour, particularly in some parts of the world, like the states, where a person’s professional life is shown such high priority.

If you’ve arrived at a point in time where a break is required, and you’ve been brave enough to take it, it’s important to make it count. And don’t call it a holiday; that conjures up images of stressing about money, flights, hotels, sun-loungers and theme parks. Think of it as a sabbatical or timeout. Consider the goal to recharge and rejuvenate. If something doesn’t help to that end, cancel it. Emails—turn ‘em off. Business calls—don’t answer ‘em. Alarm clocks—smash ‘em. Ok, I understand the need to be realistic, especially if a family is involved, but this has got to be a selfish retreat for it to work. An employer has got to play their part too; don’t fall into the, “I know you’re on a break, but…” trap.

I warn you, initially, there is a sense of nothingness that must be overcome. Remove from your mind business, email, telephone, colleagues, trade shows, and everything else that work involves, even for just a second. It leaves a space, right? I admit to being panic stricken in the first few days, wondering what on earth I was going to do for another 11-and-a-half weeks. There are only so many times the lawn can be mowed, the window frames painted, and the motorbike engine stripped. Don’t give in to temptation though; it’s amazing how the body-clock can slow to a new pace and frightening the extent to which it had to quicken to keep up with the previous lifestyle.

Everybody will approach his or her own sabbatical differently. Once I’d settled into a new rhythm, I called some friends based overseas and planned a bit of a globe trot. Not the kind that business takes you on, but a slower-paced trip that didn’t involve a flight-case of load cells or a bunch of polo shirts with Crosby-SP on the chest. This was a bathing shorts and Hawaiian shirts kind of journey. First stop was Spain, where I enjoyed some motorcycling with the sun on my back. Next was Los Angeles, where deep-sea fishing and shopping filled a lot of days. Then I went to Hawaii, where an old acquaintance has now relocated, for more sun, sea, surf, fine food and relaxation. 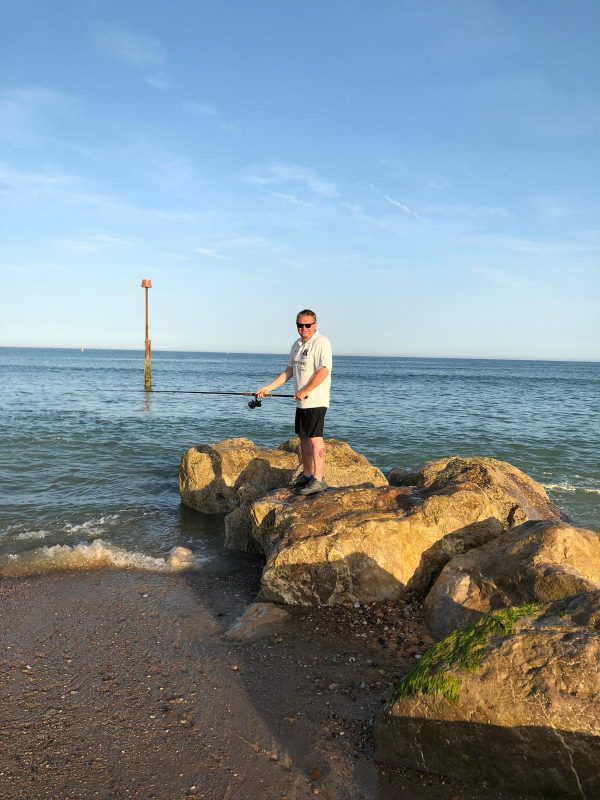 Fishing proved an enjoyable way to pass the time during my break.

I recommend keeping such a trip to a sensible length and I was keen to return home in enough time to top up the batteries that little bit more before refocussing on work. It was no coincidence that I returned in the days ahead of Glorious Goodwood at my favourite racecourse. There, and around town, news started to reach me about how things were going back at SP HQ. I was ready for it by then; it didn’t offend my ears or send the heart racing like it had started to do. It was great to hear success stories and tales of team members stepping up—in many cases the by-product of me not being at the helm. I thought David Mullard captured this theme perfectly in his latest blog—and did an even better job of deputising.

With about two weeks of the 12 remaining, I put a call into Robert to start planning my return. I was buzzing again and realise now what an important part it was of transitioning properly into the role of global business development director for load monitoring solutions, and integrating myself into the Crosby family. In fact, I don’t think I could’ve really committed to the task without a short break, and I’m sure that would be the same for others who find themselves in a similar position.

Finally, I’d like to thank my former business partner, Peter McGreal, who was financial director at SP and recently left us after 18 years with the company. Peter was my right-hand man throughout the journey and someone else without whom we couldn’t have achieved half of what we have. The fact that Crosby wanted to buy us is a huge testament to his vision and financial acumen. I’m grateful too to the whole SP team, who have been supportive, patient and professional as I’ve prioritised my recovery programme and new ownership has settled in. I’m excited about continuing to provide guidance as they individually and collectively achieve short- and long-term goals. 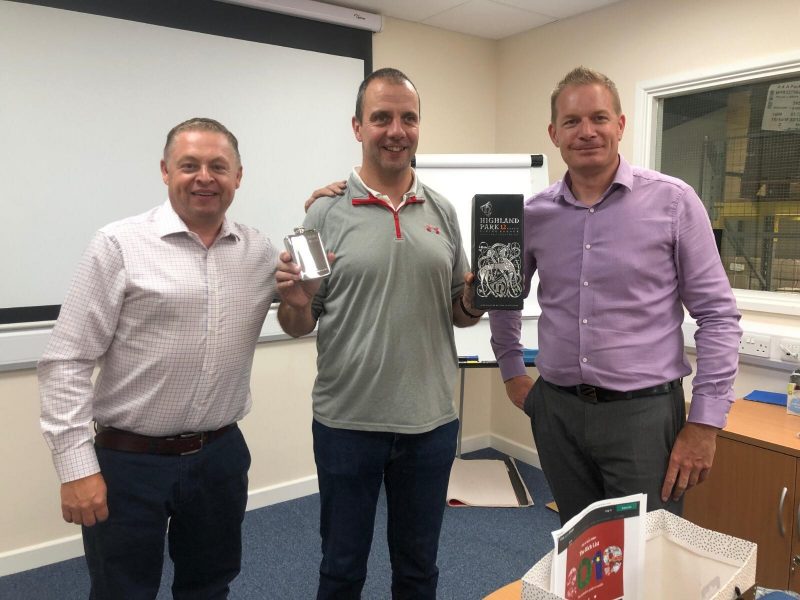 What a pleasure it’s been working alongside Peter McGreal (centre) over so many successful years. Alfie Lee joined me for the leaving presentation.

Japan beckons for me now and I’m packing with a level of excitement and anticipation that I haven’t had for a long time.

There’s probably an emoji for that.